Born in Germany in 1967, Markus Pabst is considered the single most innovative director of live Variety shows in Germany and has been widely acknowledged as one of the foremost developers of physical talent in Europe.

His remarkable blend of experience in traditional theatre, film, dance and physical creations has seen Markus single-handedly radically impact and modernise the German variety scene. His exciting shows have received critical acclaim as well as international awards, and the German press have even called him the Tarantino of Variety.

His trademark is his courage to be creatively innovative and weave together different, apparently opposite, styles. This talent was convincingly demonstrated with his 1994 debut creation Karussell der Körper (Carousel of the Body). At this mammoth event, he had 350 artists performing on six floating stages on the Binnenalster River in Hamburg. 160 000 people watched spectacular helicopter acts, a human mobile and breathtaking pyrotechnic displays.

His early shows include Vivace, which played on Broadway; various productions for Witzigmann Palazzo, Flic Flac Circus, Liaison der Sinne; 100%; Chaos Royal, Fatale de Luxe and A Midsummer-nights Tree, the acrobatic leaf-canopied fantasy which was first performed in Germany in 2002 and had two successful seasons at the Edinburgh Fringe in August 2006 and 2007.

He directed several incarnations of the subsequently Olivier Award-winning cabaret variety show La Clique, including the debut 2004 and then 2005 versions which introduced the world to, amongst others, the Caesar Twins, David O’mer, Tomasz and Yulia Pikhtina. These incarnations of the show became such smash-hit successes in Edinburgh and Brighton and Australia that it also spawned a run in New York and started off what has almost become an international franchise. Amongst other acts, he created the La Clique signature piece of aerial acrobatics over a bath by former gymnast David Omer (this act was featured on 2004’s Royal Variety Performance.)

Markus began working with the Caesar Twins in their circus days and was their only source of external support during the dark days of twin Pablo’s near-fatal accident. Since then they have often teamed together and are at the cutting edge of theatrical invention—doing for acrobatics what Stomp did for drumming. In August 2005, they premiered not only the twin’s first hour-long acrobatic variety show but their first-ever show in English, at the Edinburgh Festival Fringe. The season sold out. This show, Caesar Twins & Friends, led to an invitation to appear on 2005’s ITV Royal Variety Performance (watched by more than 10 million) and subsequently into a season at the Comedy Theatre in London’s West End in January 2006. The Twins made a triumphant return at the Edinburgh Fringe in August and went on to play 5 months in Berlin’s Chameleon Theatre before touring to Singapore, the Brighton Festival and Holland in 2007.

His smash-hit bath-based concept acrobatic and variety show SOAP opened in Berlin in February 2007 and has sold out every performance since. In 2010, SOAP transferred to London for a month, made its Edinburgh Fringe premiere and continued its very successful touring.

In 2007, alongside Pierre Caesar, Markus opened a new training school for teenagers with elite acrobatic variety potential called “BASE BERLIN”—the first intake of seven initial scholarship winners were immediately snapped up for contracted seasons all over Germany upon graduation and all have been in non-stop top-end varieté employment since.

In 2008, Markus created a new show for Berlin’s Wintergarden: Hotel California, as well as another new acrobatic variety show: Made in Germany. He was also part of the highly successful return to the Edinburgh fringe by the Caesar Twins, one of the biggest selling shows.

2009–2010 saw Markus create two new concept shows—Versus which premiered at Berlin’s Chamaeleon Theatre and subsequently ran for a 12-month season. And the all-star acro-variety production  In Berlin, again starring a number of artists from BASE.

Both shows have since made numerous returns and extended their seasons at venues around Germany as well as in Berlin’s Wintergarden Theatre. Along with multi-award-winning UK choreographer Tamsin Fitzgerald (2FacedDance), Markus also developed a concept show of world class acrobatics and high-end dance called BOX/CUBE.

In 2011, Markus had touring versions of three of his shows on the road and began work on a new project, DUMMY. Opening in Berlin, this show embraced cutting edge projection with stunning acro-variety acts from a superb cast. DUMMY has subsequently had multiple return seasons in Berlin and across Germany, Europe and led to two of its young stars, Eike von Stuckenbrok and Rémi Martin, being invited to perform their double pole act from the show on the 2011 Royal Variety Performance. He also created revised versions of the hit show Made in Berlin.

In 2012, Markus began work on two new projects. The first, an acro-dance performance called Spring Awakening was based on the infamous book by Frank Wedekins. The second, The Trip, co-created with Pierre Caesar, hails as a new form of more hedonistic acro-variety show which required all-new acts to be created for a number of the exceptionally talent BASE Berlin graduates, and stars David Pereira and the remarkable musical artist and MD Jack Woodhead. Experimenting with different formats and performance art aspects, and with a revolving cast all at the very top of their game, Trip launched in Berlin and in March 2013 made its international debut in March at the Melbourne International Arts Festival and has been regularly performed in German since.

2013 saw Markus developing more variations on Trip and collaborate with co-creator and co-director Eike von Stuckenbrok of DUMMY Reloaded on a revised version of the show with a new score that went on to play a smash-hit season in Berlin and to tour Holland. He created a number of acts for France’s Got Talent finalist David Pereira and a number of other prestige European TV shows including Got To Dance.

IN 2014, he began working on his next creation, Der Helle Wahnsinn / Sheer Madness, an extraordinary acrobatic musical set in an insane asylum. The show was an instant and smash hit when it launched in Berlin and ran for most of the year and into 2015 with a number of return seasons. Markus also reworked SOAP for its Australian tour in the same year. 2015 continued with additional extended seasons of Der Helle Wahnsinn, and SOAP, now renamed WET for the German market, also went on tour. He created and began hosting his eponymous and deliciously homonymistic Pabst Audienz / An Audience with the Pope, another hedonistic showcase involving acrobats, dance, music and comedy readings—all presided over by Herr Pabst, complete with Papal regalia and a wicked sense of humour.

2016 has seen Markus and co-director Pierre Caesar create Le Club—an Africa-themed acro-variety gala show that is playing throughout Germany’s GOP circuit of large venue. Markus has also created, alongside his co-director Eike von Stuckenbrok, a large-scale acrobatic variety show called Yellow Mountains, an ambitious and spectacular fusion of Western and Eastern acrobatic style, artistry and theatrical culture set in a new bespoke theatre created in Huangshan, one of the most famous and beautiful mountainous areas in China. This show is set to run for a minimum of ten years when it launches in summer of 2016. 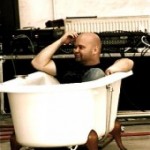 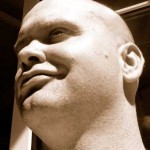