Australia’s bearded comedy super-nova has toured solo and headlined comedy clubs around the world, made his US late night television debut on Conan, performed at the invite-only Montreal Just For Laughs festival, as well as several Edinburgh Fringes, and his shows sell out at all of his native Australia’s major comedy festivals. In fact, Nick’s style of easy-going humour has seen him rising through the ranks to become a regular fixture on TV and host of some of the country’s top-rating radio shows, currently co-hosting Fifi, Fev & Nick Breakfast on Melbourne’s Fox FM.

Besides that, he has also been handpicked to support some of the biggest names in comedy, including international superstars Jim Jefferies, Bill Burr and Anthony Jeselnik, and has also acted in some award-nominated stuff. Most recently, in his first feature film The Merger (Dir: Mark Grentell, Prod: Anne Robinson, screenplay by Damian Calliman). Nick’s role as Goober received a lot of praise (Australia 2018 [Netflix], USA 2019 + UK retitled “Extra Time” 2020 [Amazon Prime]).

His stand-up has been featured on the ARIA Award-nominated DVD Dave Hughes Is Handy (Roadshow Films), ABC2’s Comedy Up Late and Best Of The Sydney Comedy Fest and Just For Laughs Sydney on the Comedy Channel.

Shortly after only his second-ever tour, in an action-packed 2013, Nick was invited by the Australian Defence Force to perform in Afghanistan for the troops. In November, he flew to the US to become one of only a handful of Australians to be invited to perform stand-up on the Comedy Central TV network. Clocking up both air and sea miles, he subsequently flew to the Middle East to perform for the Australian Defence Force on board the HMAS Melbourne whilst it was deployed.

In 2014, he shot his debut stand-up special Here’s Trouble at the Metro Theatre in Sydney, starred in all six episodes of the smash-hit TV-sketch show Kinne on 7Mate, guest-starred on Josh Thomas’s award-winning comedy/drama Please Like Me on ABC2 and was invited to perform at the world-famous Just For Laughs comedy festival in Montreal.

2015 saw Nick perform on the Melbourne Comedy Festival Opening Night Allstar Supershow (Ch 10), sell out his Australian solo stand-up tour Beard Game Strong, take Edinburgh by storm in his debut with his show that was in the Top-10 highest reviewed at the Edinburgh Fringe, return to acting on the small screen in Please Like Me (ABC/Pivot) and the second series of TV sketch comedy hit Kinne (7Mate), represented Australia at the Johannesburg Comedy Festival and returned to Afghanistan to entertain the troops at Christmas.

In 2016, Nick made his US late night television debut on Conan, returned to the Just For Laughs festival in Montreal, had two runs at London’s prestigious Soho Theatre, filmed his second comedy special What Of It at Sydney’s Enmore Theatre and generally kicked ass at home in Australia and around the globe.

Already legendary in comedy circles for his love of beer, Nick became Australia’s face of Carlton Dry in 2018 as Carlton United Breweries’ brand Ambassador, appearing in commercials and featuring on their substantial “State of Origin” ad campaign. And Nick’s dreams indeed came true when asked to promote his hometown Melbourne to the world as part of the Visit Victoria 2019 campaign with UFC Featherweight King Alex Volkanovski. This was shortly followed by a Visit Vegas campaign created by Virgin and Delta Airlines, “The King of The Sky”.

(Nick is represented by MZA in UK, Ireland and Europe and by Century Entertainment in Australia and R.O.W.)

Nick Cody is a revelation… Both uncontrollably-laugh-out-loud and hang-your-head-in-shame funny!… His charming, self-deprecating style immediately endears him to audiences, and his hilariously inappropriate I-definitely-shouldn’t-be-laughing-at-this-but-it’s-too-hilarious-not-too humour has garnered him a cult following of fans… Perfect!
✶✶✶✶ Herald Sun, Australia

On Fire is the quintessential Aussie stand-up show. No-one is safe… And it’s funny… This is stand and deliver comedy. No props, no movement. Just a sharp tongue and a quick wit… Genius.
— AU Review

A master-class in stand-up
✶✶✶✶ The Herald, UK

Hilariously inappropriate… He’s got it all—the timing, the material selection, and the perfect mix of audacious and likeable. Nick Cody is brutally honest and an absolutely fantastic comedian
— Beat Magazine, Australia

This is masterful stuff
✶✶✶✶ Fest

The bearded Aussie delivered a master-class in stand-up. Stories flow like the amber nectar he’s so fond of   The set contains some sharp one-liners but it’s his longer, carefully crafted stories that get the biggest laughs  A bona fide bloke who never lurches into laddishness, his act is a gimmick-free study of the trials and tribulations of modern day life. All told with the ease and intimacy of someone propping up the bar stool next to you—oh, and it’s your round. The self-confessed rap fan finishes off with some spectacular cleverness that helps him claim bragging rights and surely win the festival’s callback crown
✶✶✶✶ Sunday Herald 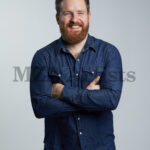 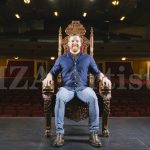 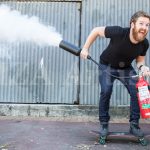 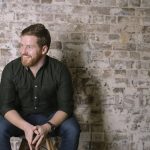 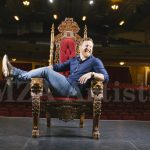 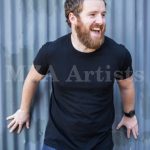