Images | Video | News
Universally hailed as the best rollerskating act in the world, Wanda and Jean Pierre, aka The Skating Willers, have been astonishing audiences with their breathtaking acrobatic roller-skating since 1982, all to enormous international acclaim. The seemingly impossible, gravity-defying action all takes place on a two-metre circular table—you won’t believe your eyes.

The second family generation of this act, they worked hard to evolve it for more modern times and have performed in many of the world’s most prestigious locations such as Monte Carlo and New York’s Madison Square Gardens. They have also appeared as special guests at some of the largest circus arenas in the world including Ringling Brothers and Barnum & Bailey and have performed on television in America and throughout Europe as well as featuring in the James Bond film Octopussy.

And in 2015, when the time was absolutely right, and after several years of quietly passing on the theatre contracts and corporate bookings baton Wanda and Jean Pierre finally and officially handed over the reins to the third generation of the Skating Willers—Pierre and Stef—The Willers III.

With The Willers III, the act has evolved again—a timeless mix of the history of the world famous performances of the parents and the heritage creation of the grandparents and great uncles—and all with the new generation adding their own stamp to the Willers family act, thereby ensuring its quality, longevity, excitement and tradition. 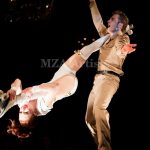 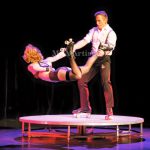 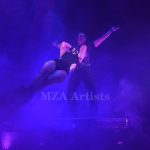 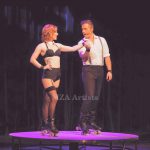 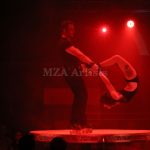