Press Quotes | Images | Video | Links | News
Connor Burns is one of the most exciting emerging acts on the Scottish comedy circuit in recent years.

His meteoric rise through the comedy ranks since his first-ever open spot in October of 2017 has already seen him nominated for the Scottish Comedy Awards Best Newcomer gong in both 2019 and 2020 as well as being a finalist in the 2020 Amused Moose new act competition, just before the global pandemic closed down live performance.

Remarkably, given his relatively short time in the industry, Connor has already made a considerable impression via his writing talents, with credits including material for Larry Dean’s BBC’s Mock the Week appearance. He is head writer and co-host of Tom Stade’s Dangerous Space’, an immersive online comedy chat show that takes a humorous approach to tackling some of the heftier subjects in modern society such as censorship, religion and conspiracy theories.

Connor made his solo debut at the 2019 Edinburgh Free Fringe with ‘Eh?’, a no-holds-barred dissection of his own laughable life. Peppered with a skewed look at the absurdity of the everyday, ‘Eh?’ detailed Connor’s relationship with his close-knit working-class family as well as delving into the aftermath of a serious breakup with some uncomfortable but also hilarious self-examination. The show was a popular success with multiple sell out performances across the 25 date run.

In early 2020, Connor had written his first full hour Edinburgh Festival Fringe show Loaded which was set to premiere a season at the Stand Comedy Club in August—before COVID-19 cancelled the Fringe for the first time in its illustrious history. Never one to turn down a challenge, Connor was able to quickly adapt his material and delivery to online gigging, guesting on numerous shows including two memorable appearances on ‘The Stand Saturday Live Streams’ with over ten thousand people watching in real time from around the world.

Singled out by online comedy magazine Chortle as one of their ‘Ones To Watch In 2020’, Connor has performed in comedy clubs all across the UK including the Glee Clubs, has been personally invited onto an ‘And Friends‘ lineup by Daniel Sloss and has opened for large touring acts including Tom Stade and Larry Dean.

Often the highlight of the night
– Chortle (2020 Ones To Watch) 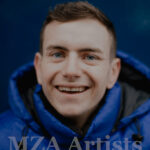 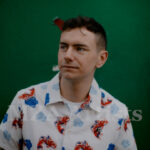