As an actor Andy (Andrew) began his training in April 2008 and since then has appeared as part of Arthur Smith’s Arturart Collective at the BAC and at the Edinburgh Festival (2008) and featured in a one-off specially produced show Forbidden Vaudeville at Lord Lloyd Webber’s exclusive Sydmonton Festival (2008). In 2009, he played the central character landlord Charlie Rowland in The Hotel, written and directed by Mark Watson, at the Assembly Rooms Edinburgh; other stage appearances include: The 24 Hour Plays (2010), Scenes From The Medieval Mysteries (2011) and as The Duke Of Venice in Othello (2012). His TV work includes: The Suspicions Of Mr Whicher; Seconds From Disaster: Mumbai; Endeavour; Mr Selfridge and Trollied. Andrew has also appeared in the feature films Ghosted; Dual Crisis; Tezz; Hysteria; The Iron Lady and The Look Of Love.

In 2003, Andy compiled and produced an independent eight-part documentary series on the 21st anniversary of the world’s most prestigious comedy festival, Just For Laughs in Montreal. Arthur Smith Presents 21 Years Of Just For Laughs featured highlights from the past and present and told the festival’s story with the help of a host of previously un-aired comedy clips. The programmes also include archive and specially recorded interviews, including an exchange in French with the legendary Carl Reiner.

Prior to his radio and acting work, Andy had an earlier successful career as a professional photographer (IIP SIAD). He photographed many comedians and variety artists around at the time and was resident photographer for the Hackney Empire 1986–1991 as well as staff photographer for The Heckler (Britain’s first comedy magazine 1990–1993). Andy co-wrote, with comedian Steve Furst, the definitive Radio Comedy 1938–1968 (Pub: Virgin 1996/1999) and is the Sound Archivist for the British Music Hall Society. He is also renowned for owning one of the largest and most comprehensive comedy archives in Britain. 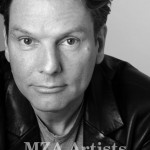 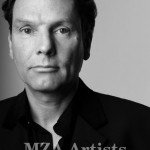 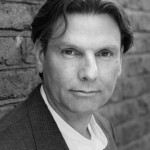 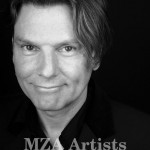