Award-winning stand-up Mark Nelson’s mix of dark humour, cutting observations and superb one-liners has seen him firmly established as one of the UK’s biggest-hitting comedy powerhouses.

With a likeably disarming manner on stage belying some of the stronger content, Nelson often has audiences laughing at things they know they really shouldn’t be laughing at. An MA degree in Politics from Glasgow University supports his brilliantly topical writing and, although his stand-up is certainly not for the easily offended, the material is intelligent, well conceived and beautifully crafted, all supported by a very confident delivery. He is therefore a sought-after comedian, writer and broadcaster, with a growing list of credits as both performer and contributor, as well as presenter, and both the skill and intellect to be able to adapt his material to suit any broadcast format, venue and corporate audience.

More recently, Nelson has appeared on the BBC’s The One Show (as both and with bespoke News at 3 clips), BBC Three’s Comedy Marathon and BBC Scotland’s Comedy Underground and Bad Influencer. In 2017, he was flown to Australia to tape a set at the Sydney Opera House for the Just For Laughs comedy festival.

His debut radio series Mark Nelson’s Guide To Marriage broadcast in December 2013 and won the Scottish Comedy Awards Radio prize. He has hosted all six series of BBC Radio Scotland’s hit show The Good, The Bad and The Unexpected, has featured on numerous episodes of Radio 4’s Fred At The Stand as well as BBC Scotland’s Breaking The News and has, on occasion (such as on the original Brexit Eve) been a comedy pundit on BBC Radio 5 Live’s Question Time Extra Time. He has also appeared on BBC’s News Quiz.

He has also performed nine hugely successful seasons at the Edinburgh Fringe with his solo shows Offending The Senses (2010), Guilty Pleasure (2011), Under The Radar (2012), Please Think Responsibly (2014), Older Than Jesus (2015), Smiley Face (2016), Irreverence (2017 and 2018). Irreverence received much critical acclaim and sold out both its Edinburgh Fringe runs to great reviews.

In 2019, hot on the heels of the (then postponed) Brexit Eve, Mark took a delightfully dark dive into Britain’s current political climate with his new show Mark Nelson: Brexit Wounds.

In 2020, the first previews of what was supposed to be Mark’s new Edinburgh Fringe show Once lUpon A Time In The West took place in Glasgow just before the world was shut down by the global pandemic. A Chortle reviewer wrote:

“For Nelson’s part though, this was impressively topical. Referencing President Trump’s press conference from just 30 minutes earlier, with a solid 10 minutes of gags about the crisis, he drew persuasive parallels between Boris Johnson’s response to the pandemic and the Prime Minister’s personal life…”

The Fringe and all live indoor performance being shut down, Mark hosted the UK’s most successful and longest-running live-streaming show series—Saturday Night at the Stand—which ran from March through to the end of 2020. It was a great success and managed to keep going, despite the challenges of presenting the show from an empty venue and, at times, even more remotely from the producer’s living room. Audiences tuned in from all over the world to watch his super opening monologues (referenced in the Scottish Parliament), live stand-up comedy, pre-recorded star guests, including chats with luminaries such as John Oliver, and virtual audience interactions, with the very popular #HeckleMark segment. Nelson was also featured on BBC’s Edinburgh Nights coverage of the COVID-affected festivals.

In 2016, Mark created a series of online clips, The News At 2, for BBC Scotland’s Short Stuff strand and co-starring his two-year-old daughter. Featuring topics such as Global Warming, Donald Trump, and the Economy, the clips went “viral” and he was commissioned to make more, starting with one on the Brexit turmoil. Now rebranded The News At 3. In 2017, a number of them, including the hilarious Valentine’s Day, went viral with views of many millions. The Easter episode has itself surpassed 100 million views. The popularity of these clips led to News At 3 being mentioned in the Scottish Parliament as part of the discussion about a new BBC in Scotland and was picked up by the BBC’s One Show for a series of their own commissions. News At 3 is regarded as the BBC’s biggest online-only original comedy smash-hit, with audience engagement to date exceeding 180 million views.

Nelson is very much in-demand as a headlining act across the UK, Ireland and beyond, and he has also supported Jason Manford, Jim Jefferies, Russell Kane on UK tour dates.

Widely recognised as a superb stand-up, including being frequently nominated and frequent winner of the annual Best Headliner gong at the annual Scottish Comedy Awards, Nelson has no gimmicks, relies on no frills—his work is just consistently top-quality comedy, pure unadulterated stand-up of the highest order.

Mark Nelson possesses a talent that is simply obscene … A remarkably accomplished stage manner with wonderfully crafted gags… Nelson presents wicked gags aplenty… Inappropriate hilarity and rakish material keep the laughs coming… Irreverent, vulgar and humane consideration of society’s taboos… While many a comic chucks a badly aimed pot-shot at political correctness, it takes a skilled comedian to attempt a meaningful consideration of society’s taboos. This is irreverence done right.
✶✶✶✶ The List

Stand-up Mark Nelson, host of BBC Radio’s The Good, the Bad and the Unexpected, goes headfirst through the windscreen over the political car crashes currently happening.
The Guardian

A remarkably accomplished stage presence… blistering material which pushes dangerously near the boundaries of good taste.
– The Sunday Times

Irreverent is Mark Nelson… Never have I seen a stand-up be so understatedly funny. No lighting changes, no sound clips or other kind of multimedia, he doesn’t raise his voice, he doesn’t even move other than to pick up his drink. Perhaps the purest form of stand up. But all this worked to his advantage: he doesn’t need any of that to be uproariously funny.
He genuinely just stood on the spot for an hour and told us anecdotes and stories and jokes in his normal voice and the audience’s attention was all his… All of this made his progression through the routine flawless… A mastery of storytelling
✶✶✶✶✶ Arts Award Voice

Last year, I called Nelson’s comedy uniquely pure and understated and I was a bit worried that that significance might not last seeing him even just once more… Not only did Nelson keep to his unique, simple style, he weaved the perfect element into his routine to ensure it endured and got even better: he made it darker… [a] golden, singularly comprehensive, majestic hour of comedy. Nelson delivers another prescribed, no frills crescendo of my week at the Fringe.
✶✶✶✶✶ Voice Mag

Barbed wit and dark fodder are assured from the Scotsman with a knack for making people laugh about things they know they really shouldn’t laugh about… A real biting wit… Nelson’s stage persona is a correspondingly rebarbative one. And yet, a solid morality tends to underpin even his most extreme material, and there’s no shortage of self-mockery, either… There are enough fleeting and engaging chinks in his armour to suggest that he is, in fact, a complete softie who likes nothing better than an evening in with his fiancée, a load of scatter cushions and an Aled Jones CD. Then again, I may have just signed my own death-warrant.
– Daily Telegraph Critics Choice, 2011, Mark Monahan

Mark Nelson is the kind of comic I could listen to all night… He’s an engaging performer who never lets his show drag for an instant… Clever and funny… Lovely, funny, relaxed Scottish funniness for all.
– The Scotsman, Kate Coptick

Rarely has someone managed to be so simultaneously offensive and likeable… Thanks to his stealth delivery you actually find yourself laughing before you’ve taken in quite how outrageous what he’s saying is. Still, none of this seems mean-spirited… [he’s] controversial without seeming distasteful
– Fest

Insightful and oftentimes dark material is tempered by a certain lighthearted playfulness. This is a stand-up show with no bells or whistles, no theme , no moral or clever twist to the tale. Just unadulterated jokes told by a comic bristling with confidence… Powerful punchlines hit the spot… devastatingly effective.
– Chortle 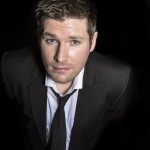 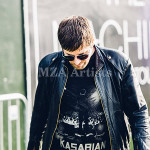 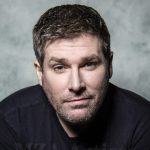 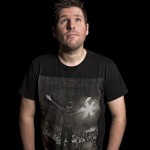 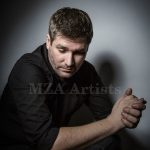 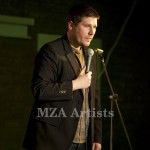 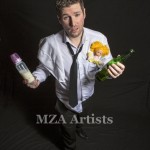 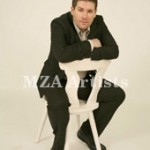 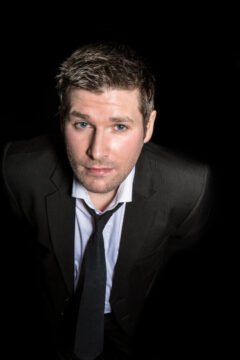