Images | Video | News
Tomasz Reichelt was born in Poland and studied design and photography in Germany, where he worked as a professional photographer for six years. His creative talents, a beautiful singing voice, and his ability to design and create his own costumes, subsequently altered his career path and have established him as one of Europe’s most in-demand cabaret artists.

Fascinated by Oriental dance for over two decades, Tomasz painstakingly recreated from contemporary photographs the breathtaking “Serpentine Dance”. The work was originally choreographed and performed by renowned French dancer, Lois Fuller, for the Paris World Exhibition in 1900, but had been lost over time. A sensuous, fabulous, fantasy in silk, it has captivated audiences for over 100 years and has now been revived internationally through Tomasz’s work.

Tomasz has also studied the art of belly dancing and is now widely acknowledged as a very accomplished practitioner who is guaranteed to bring the house down at events and parties as well as public performances.

He has starred in multiple seasons of variety shows including the Olivier Award-winning international touring hit show La Clique performing his Bellydance, the Serpentine Dance and a number of cabaret songs in character.

Tomasz has also performed on the UK’s most prestigious variety television show The Royal Variety Performance in front of HRH The Queen. 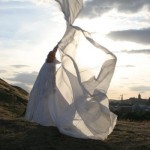 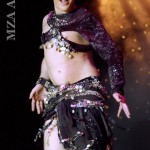